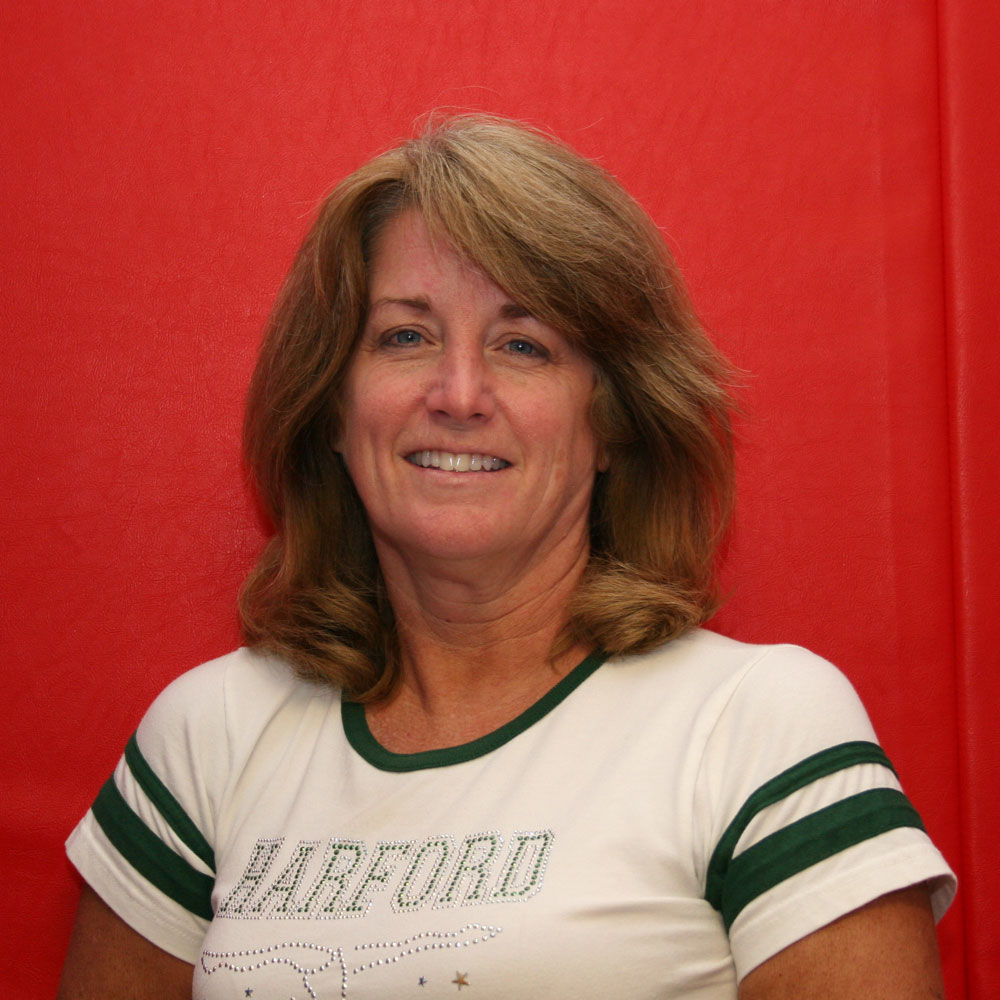 Teresa was a scholarship gymnast at Towson State University and graduated with an Honors BS degree in physical education. She graduated as the all time leading point scorer for Towson Gymnastics where she led the team in point scoring for three years. She was the winner of the Christopher Souris award as the top Junior year Student-Athlete at Towson. She also was awarded Towson's Athlete of the Year both her Junior and Senior year. Teresa has been inducted into the Towson University Athletic Hall of Fame, The Francis Scott Key H.S. Sports Hall of Fame, and the Carroll County Sports Hall of Fame. Teresa, who joined Harford Gymnastics staff in 1979, became co-director for the program in 1984. She previously was the team head coach at Harford Gymnastics and coached gymnasts from beginner through the elite levels. One of her gymnasts, Becky, won seven national titles at the Jr. Olympic Level 10 championships and USAIGC National championships. 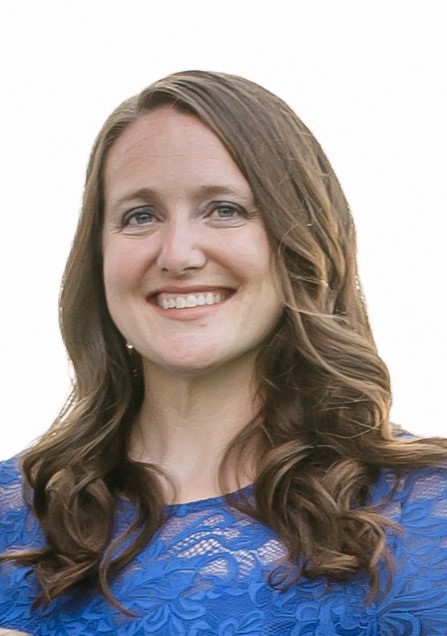 Brianna grew up at Harford Gymnastics where her parents coached and led the program. She competed up through Level 7 before switching to Soccer and Lacrosse where she earned a Division I Lacrosse scholarship to UMASS before transferring to York College. As a gymnast, Brianna held a club compulsory vault scoring record for 18 years. Brianna started as an assistant instructor at the age of 14 yrs and continued teaching for the program through her college years. Upon graduating from York College, she worked full time at John's Hopkins Hospital as a clinical scientist and worked part-time at Harford Gymnastics. In 2013, she came on board full time at Harford Gymnastics and works in all facets of the program. Brianna's guidance, expertise, and leadership to our students and our staff provides positive and encouraging support for Harford Gymnastics' mission. 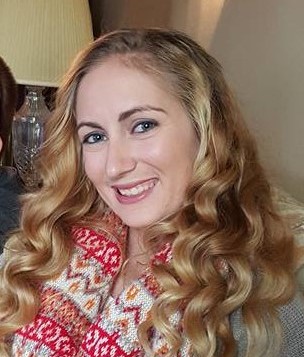 Danielle was promoted to Assistant Program Director in July 2016 after three years with our program. Danielle joined our staff in 2013 when she moved to Maryland from her teaching and coaching roles at Atlanta School of Gymnastics. Danielle began her gymnastics at Pittsburgh Northstars where she was a competitive gymnast and then participated in their mentoring program for young coaches. She has been involved in gymnastics for over 20 years. She is an integral part of our class staff, coaching staff, and administrative staff. Her leadership and expertise continues to help strengthen our class and team program as she focuses on curriculum, safety and individual growth. She is the Lead Coach of our Level 4 program and provides management to all the compulsory teams. 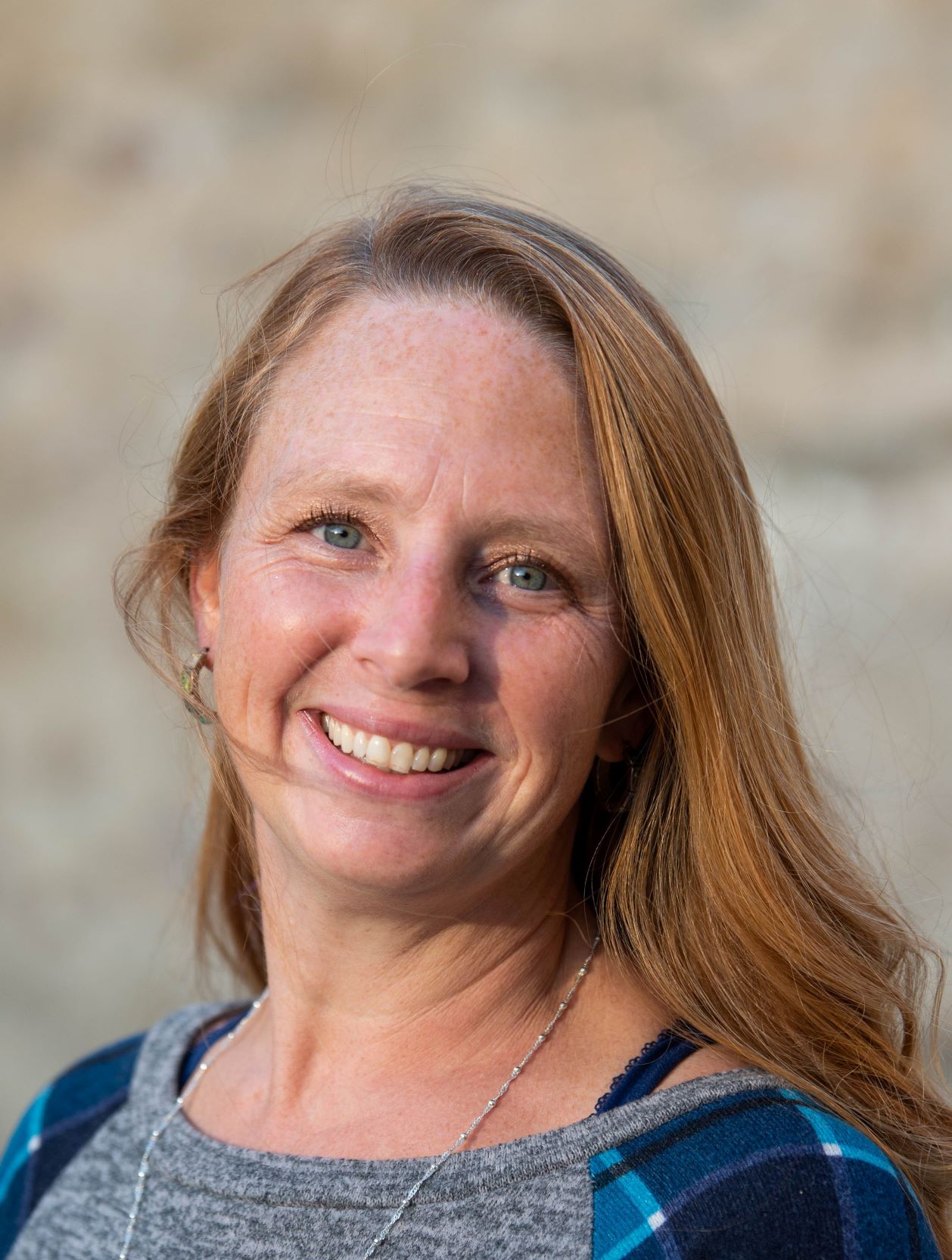 Becky started her journey with Harford Gymnastics in the summer of 1984 when she came to our summer camp. She went on to become the most accomplished gymnast ever at Harford Gymnastics. She quickly advanced to our Super Star Pre-team then to our competitive team where she competed up through the elite ranks. In 1990 she was the National Jr. Olympic Floor Champion. She won 5 other National titles in the USAIGC Championships. Recruited by five Division I universities, she accepted a full gymnastics scholarship to Michigan State University. After graduating she joined Harford's coaching staff. She also was the assistant coach at Towson University for five years and was honored with the Regional Assistant Coach of the year award.  Her athletes won numerous State & Regional champion titles and some qualified to compete at NIT Nationals and Eastern Nationals. Becky is the Lead Coach for Level 8, 9, 10 teams. Molding each athlete to be the best they can be in life and in sports shines through in Becky's coaching. 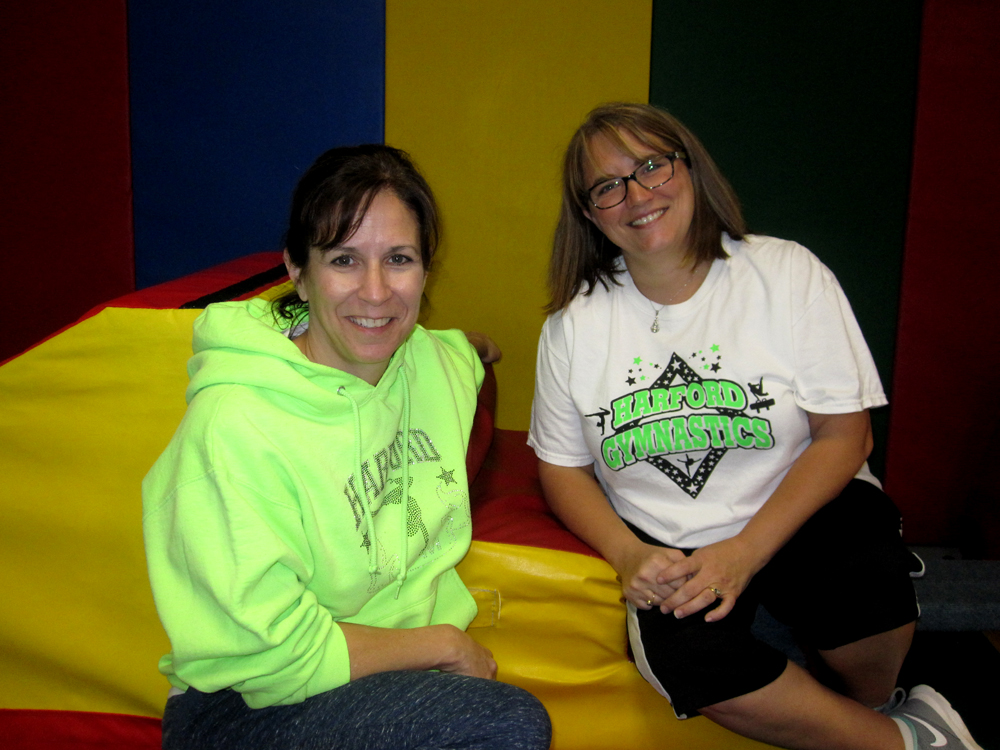 Keri is our PEP school manager & Colleen is our Office manager 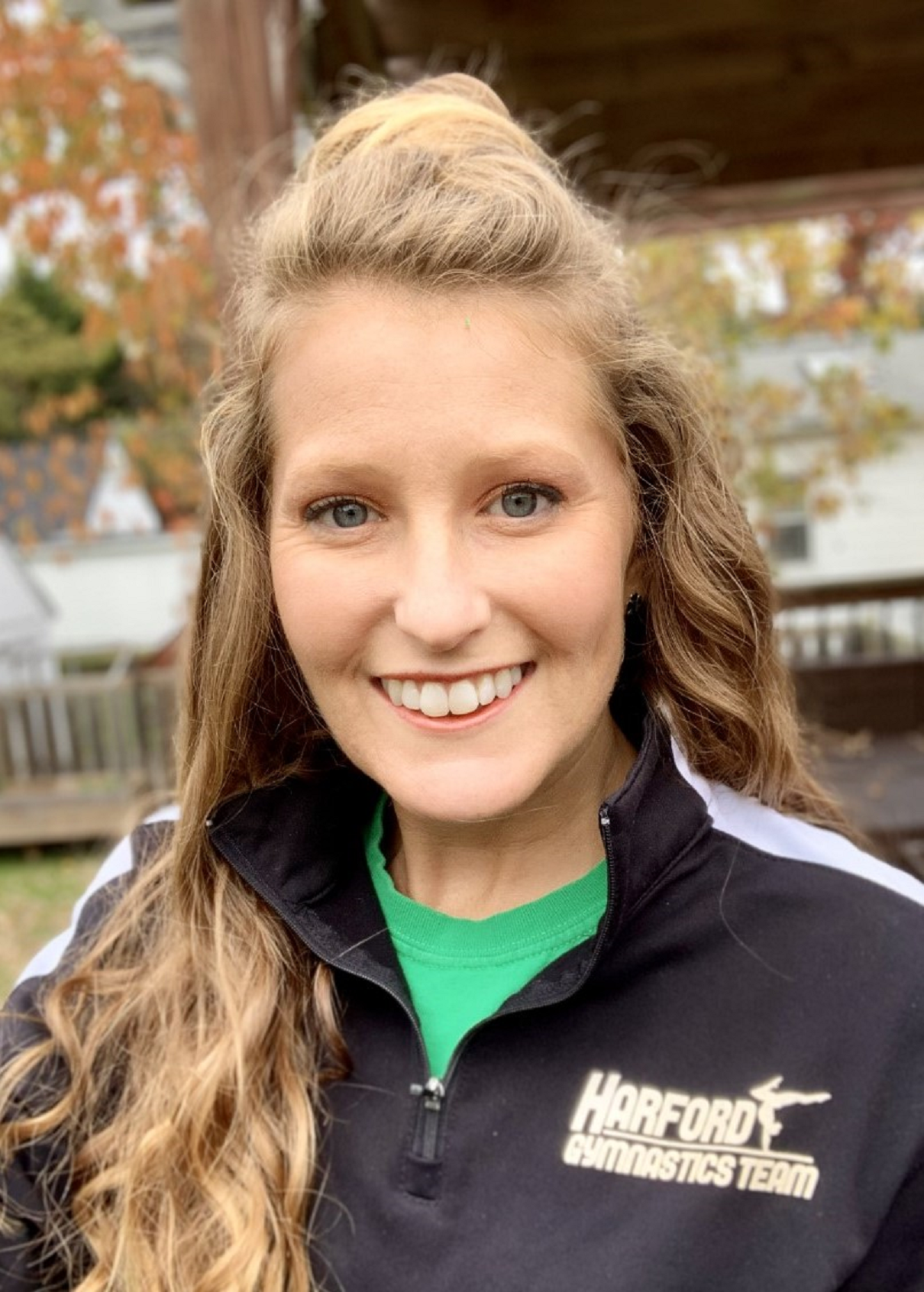 Coach Leslie joined Harford Gymnastics Staff in 2017. She had previously coached in Delaware, Virginia & Jackson Hole Wyoming where she was head coach and program director. As a competitor she competed as a Level 10 gymnast and did one year as an USAG Elite competitor. She won numerous State and Regional titles. Leslie also cheered competitively at the National and World level where her team won several titles. Leslie is a great asset to our staff helping out in many different areas. She loves the perfection that gymnastics requires and loves seeing gymnasts work hard to achieve something. Her nurturing style brings out the best in her athletes. 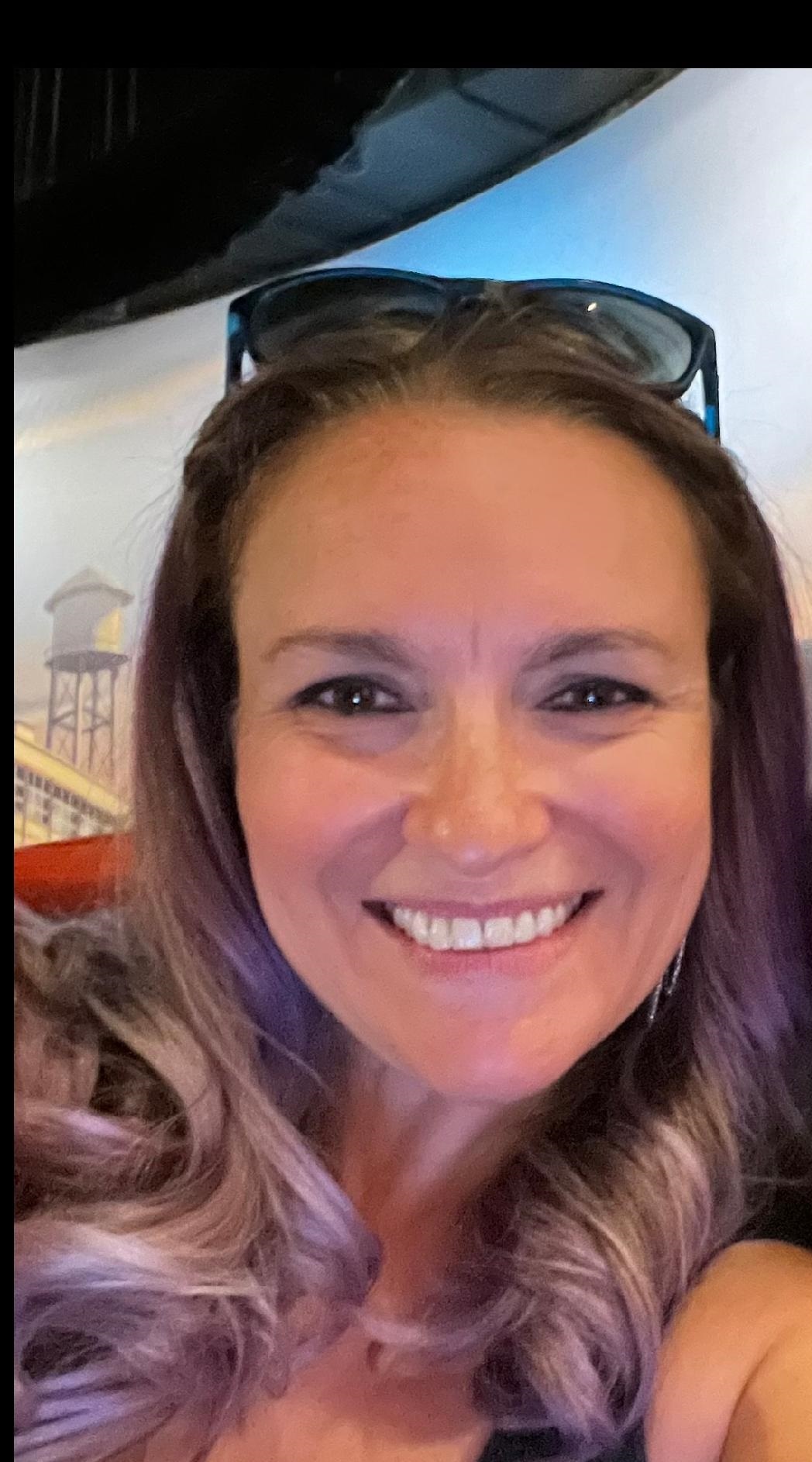 Jessica started coaching in 2004 & joined Harford’s staff in 2005. She began doing gymnastics at the age of 5 and competed in New York up through the ranks of Level 9. She pioneered her high school gymnastics team as an independent then the school formed an official team.  Jess won 2nd place all-around as a Level 8 competitor in New York.  Floor exercise was her best event combining strong tumbling with dance. Her expertise in dance contributes to her ability to improve the gymnasts' performance. Jess coaches her athletes with attention to detail to sharpen their routines and skills.  Her three daughters are part of Harford Gymnastics Team program. 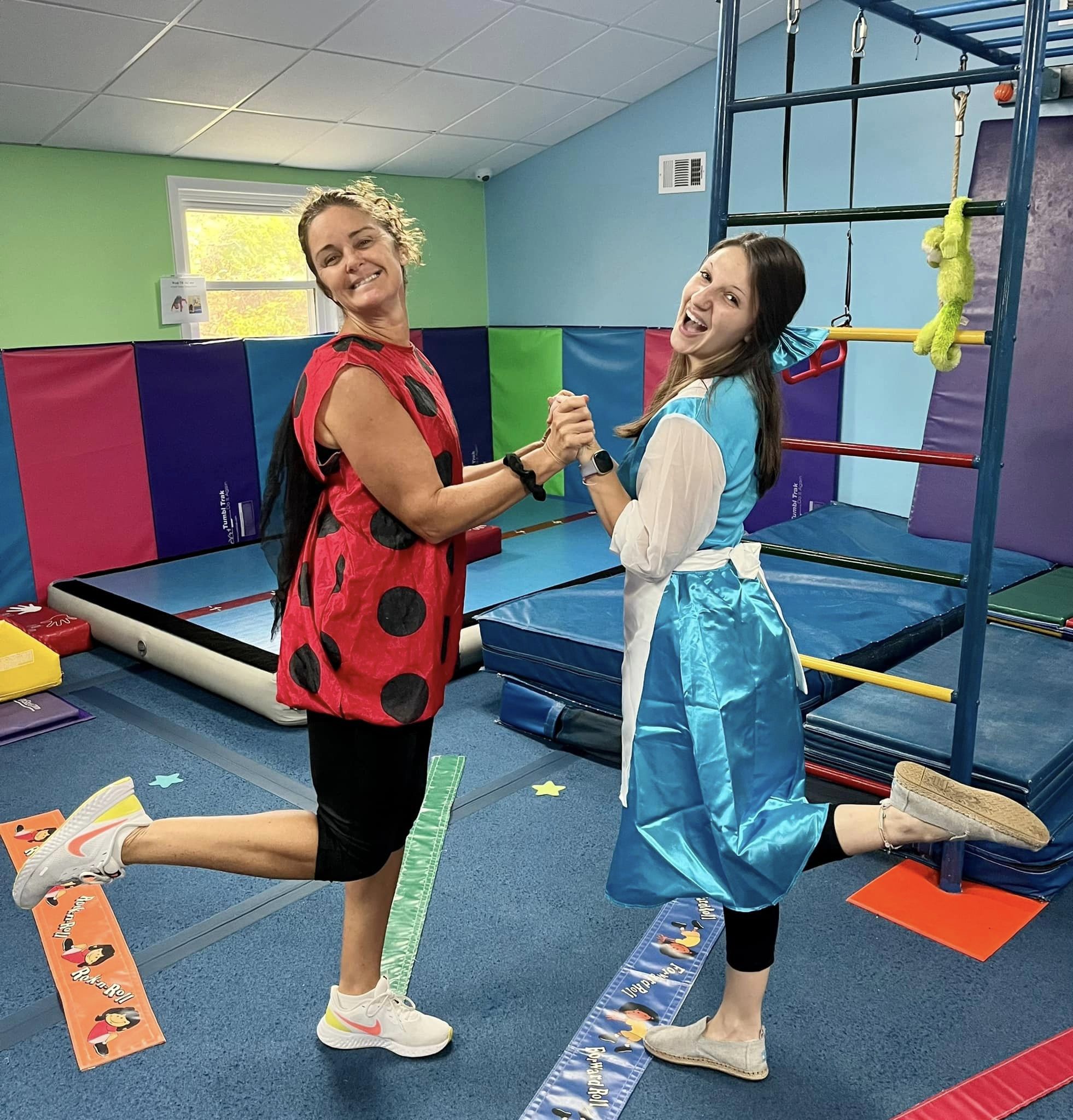 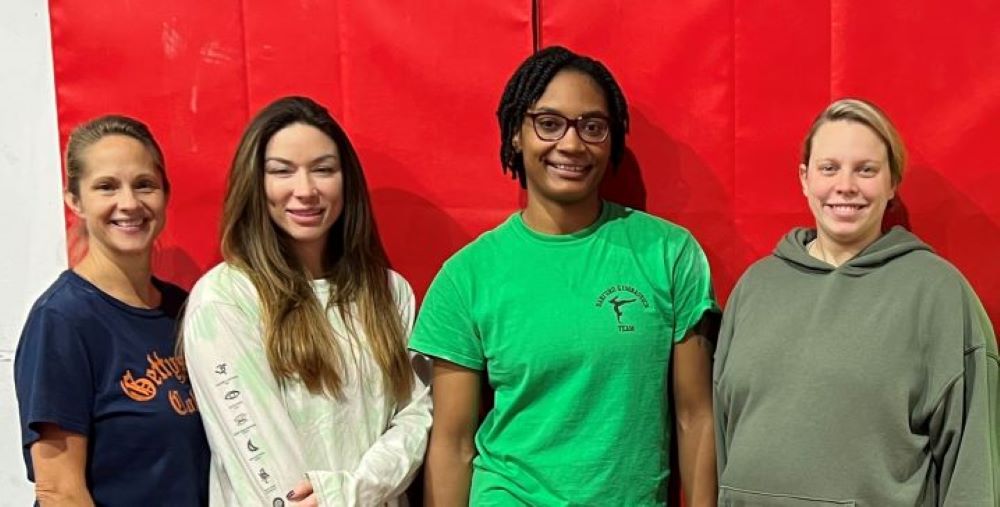 Some more of our coaches

2022-23 School Year Program runs Sept 8th - June 7th. Four month minimum required. Tuition automatically billed monthly. Withdraw form needs submitted by the 20th of the month to stop billing for the following month after your 4 month minimum requirement is met if you choose not to continue. CLOSED: Halloween at 4pm, Thanksgiving Thur, Fri, Sat and Sunday, Holiday Break Dec 24-Jan 1st, Easter Sunday, and Memorial Weekend Saturday thru Monday. Enrollment after March 8th will be for the remainder of the school year ending June 7th. No un-enrollments after March 20th.

Summer Classes will be for the complete 8 week SUMMER SESSION and not rolling monthly like our school year program. Closed July 4th for ALL PROGRAMS. Registration for Summer Classes begins April 1st.

Camper Medicine Authorization Form ~ All medications must be SELF-ADMNISTERED

Class Pick Up and Drop Off Procedures